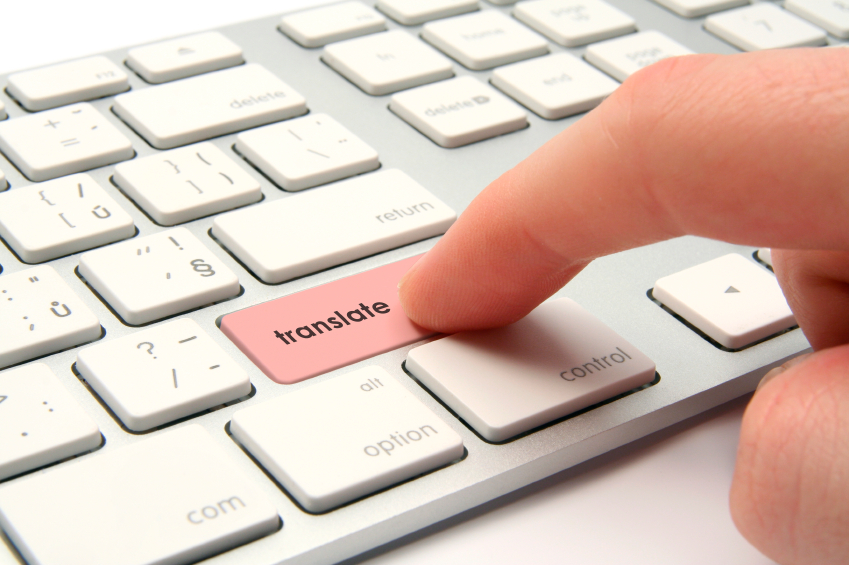 “Translation is the communication of the meaning of a source-language text by means of an equivalent target-language text.” – Wikipedia

The Translator – Artist or Living Photocopier?

The machine-translation systems of today are so intelligent that the reader not only can get a pretty good idea of the the message of the text, but often the result is so good that with manual post-editing it can be used commercially.

We who work in the translation industry are receiving an increasing number of requests from customers who have run a text through Google Translate or similar tools, and who want a translator to edit the result. More often than not, the translator’s reaction is to shudder in disgust and point out that it will take just as much time to edit the result of such a machine translation as it would have to have translated it from scratch. This is often true, and then very little time or money is saved by using Google Translate – even though it is “free”.

Machine translation such as Google Translate is not quite the same as traditional electronic translation tools, which in our industry are called CAT (Computer Aided Translation). Machine translation utilises the vast number of texts that have already been published on the Internet in order to generate a translation, whereas CAT tools utilise sentences from texts that have previously been translated and stored in a protected database, in combination with built-in glossaries and advanced data processing. However, the latest generations of CAT tools are able to combine these database functions with cloud-based machine translation, and the tool we use in Samtext, Déjà Vu, can connect up to seven different machine-translation tools simultaneously.

One major reason for this is that small and apparently insignificant details may alter the meaning of the source text entirely, such as if the word “not” is omitted, or if one word is replaced with another. Additionally, some words have a wide variety of meanings, such as the English word “set”, which has to be translated very differently depending on whether the context suggests maths, tennis, puddings, the theatre, the sun or numerous other possibilities. Since the mistakes made by machine translation can be very subtle and therefore well-hidden, the translation must be proofread very carefully – word-for-word. And no machine can do that.

Spinning Jenny all over again

Even when we take into consideration the conclusion that machine translation will never become infallible, the translation of non-fiction texts with a 1:1 relationship between source text and target text, such as user manuals and standardised texts that appear all over the Internet, obviously moves faster with the use of such tools, and this does indeed reduce the demand for translators. As translation work moves ever faster, an ever-increasing percentage of the documentation that the business world and society at large needs becomes automated.

Therefore, we are already well on our way towards a new industrial revolution, where there is a clear parallel with the war over the Spinning Jenny. The spinning workers in England destroyed the first spinning machines because their livelihood was threatened. As yet, translators have not tried to tear down the headquarters of Google, but Google Translate is definitely not the most popular invention from the perspective of translators, and the product of machine translation usually triggers a mix of contempt and laughter.

So what should a translator do in the future? Re-educate himself to become an expert in the editing of machine translations? Perhaps. It is a more interesting job than one might think, because it appeals to our inner detective and to those of us who have a keen sense for logical flaws and language oddities.

But to a translator who loves the written word just as much as someone else might love music or painting, and who is passionate about text as an art form, the editing of dubious Google Translate prose may fall some way short of the meaning of life.

So what is to become of the translator? Well, prediction is very difficult, especially if it’s about the future, as the saying goes. But the answer is most probably the same as for music and other art forms: technology can to some extent do the job, and it may appear to threaten the livelihood of the artist, but in reality only living beings can create unique art that appeals to other living beings!

The more creative and inventive the source text is, the more creative the translator must be too. The field of creative translation is vast: it not only encompasses the adaptation or re-creation of Bob Dylan’s song lyrics in Norwegian, or giving the Harry Potter characters appropriate names in German. Creative translation is necessary for all texts where there is no simple 1:1 relationship between source and target, such as advertising texts. It is also required when the cultural differences (including differences in humour) between the countries and languages concerned are too great, or when the source text is not well written, or when for many other reasons the translator must depart from what it actually says in the original text.

The keyword is creative. The profession of the future may not be technical translator, but creative translator.