Five things to consider when translating marketing into Norwegian

A perfectly translated text is no good if it doesn’t fulfil its intended purpose. Yet marketing texts often miss out on the nuanced treatment they need when it comes to translation. Here are five things you may not have considered when translating marketing from English into Norwegian and how they can be crucial to the success of your marketing.

“I can’t believe it’s not Norwegian!”

In today’s ever-growing global market, it’s hardly surprising that companies spend a significant proportion of their time and money on marketing. The competition is high, and for the marketing to be successful, crucial elements such as the target group, medium of advertising, cultural context, etc. need to be considered before even thinking about putting pen to paper. However, they can easily make the mistake of not investing the same time and money into translating their marketing when selling their products internationally. For example, British and American companies selling their products in Norway may assume that they can translate their existing marketing material without considering the different ways Norwegians use language or the cultural context that the marketing will exist in. To demonstrate that this is a mistake, here are six things to consider when translating material for a Norwegian market from a British or American one:

Before you think about marketing your product, you should check whether it’s legal to market your product in Norway and if there are any restrictions on how you can market it. For example, due to the Alcohol Act of 2 June 1989, it’s illegal to market alcohol in Norway – and this extends to not being allowed to display drinks in a bar that you don’t currently have in stock to sell.

2. Norway is not the same as the Nordics

Another common mistake that international companies make is equating “Norway” with “the Nordics”, particularly in a business context. Norway is part of the Nordic market along with Denmark, Sweden and Finland, as well as Iceland, the Faroe Islands and Greenland. While these countries have a shared history, culture, and – to varying degrees – language, they are not the same. Successful marketing tactics used in Denmark won’t necessarily succeed in Norway. Therefore, for your marketing to be successful, it’s advisable to tailor it to each country separately, rather than trying to appeal to the “Nordic” culture.

(To read more about the different ways business is done in the Nordics, click here to read a post written by Samtext’s CEO on the subject.)

Norwegian society is famous for being considered financially rich and egalitarian, and Norwegians are very proud of this. However, another concept that is equally associated with Scandinavian societies is “Janteloven” (“the law of Jante”). This “law” was initially conceived by Aksel Sandemose in 1933 as a satirical criticism of perceived social codes, but has since been fondly adopted by Scandinavians as a way of describing their attitudes – particularly to foreigners. The ten rules are as follows:

With these qualities in mind, it’s safe to assume that particularly dramatic, extravagant or sexist marketing slogans or imagery won’t be very compatible with Norwegian societal values and therefore won’t be as successful as it might be in the UK or US.

It’s a common feature of translation that conveying the same message in two different languages may mean using completely different expressions. However, translation is not just about the language itself but how the language is used, and this is particularly important in marketing. Norwegians are direct and to-the-point, and this extends from daily speech to marketing tactics. It even affects their online searching, as Norwegians only use a few keywords per search, but repeat the search multiple times. This stands in direct contrast to the wordiness that is a main feature of British humour and politeness conventions, as well as advertising tactics. Similarly, Norwegian directness means that they are much more likely to buy a product based on an objective assessment, rather than the “this product will change your life” rhetoric that tends to be prevalent in the US.

Furthermore, Norwegian has two written forms: bokmål and nynorsk. While users of one have no problem understanding the other, this does not mean that the two can be mixed nor that it makes no difference which one you use. Bokmål is used by the majority of the population, around 80 per cent in 2017, and is generally used for most writing in Norway, including marketing. However, if you wanted to target Western Norwegian consumers, perhaps nynorsk would be an appropriate choice as that is where most nynorsk users are.

Appealing to culture can be a very important marketing tactic as it demonstrates that your product fits in with the country’s values and past times. Due to the prominence of American cultural exports, such as Hollywood, Norway is very familiar with American culture. However, it goes without saying that Norway also has its own culture, and invoking this culture correctly will make your marketing much more successful. For example, if you wanted to depict your product as typically British, you might surround it with cups of tea (with milk). If you wanted to depict it as typically American, you might place it between cowboy boots. And if you wanted to depict it as Norwegian, you might put it on a snowy mountain with a Norwegian family skiing past in the background, drinking coffee as they do so.

6. Remember who your audience is

In the words of Ann Hadley, “Even when you are marketing to your entire audience or customer base, you are still speaking to a single human at any one time”. While it’s not typically feasible to market a product to that level of specificity, it does demonstrate the importance of recognising that you might communicate differently with a Norwegian compared to a Brit or American. This applies to translation generally but is particularly important in marketing as you’re trying to convince someone to spend their hard-earned money on your product. Therefore, to give yourself the best possible chance of success, it’s important that you hire a native speaker who’s familiar with the market and culture you want to sell your product in to translate your marketing.

Do you have some advertising you need translated for the Norwegian, Swedish, Danish or Finnish market? Get in touch today and see what our experienced translators can do for you! 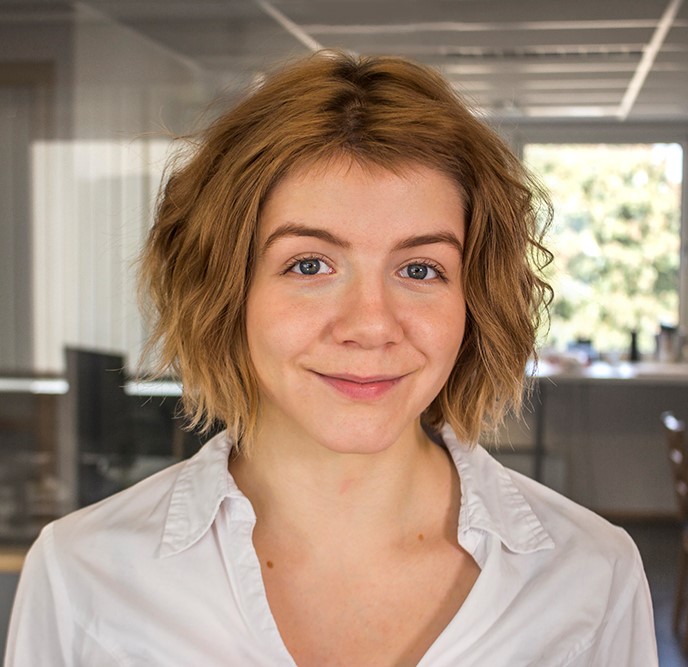