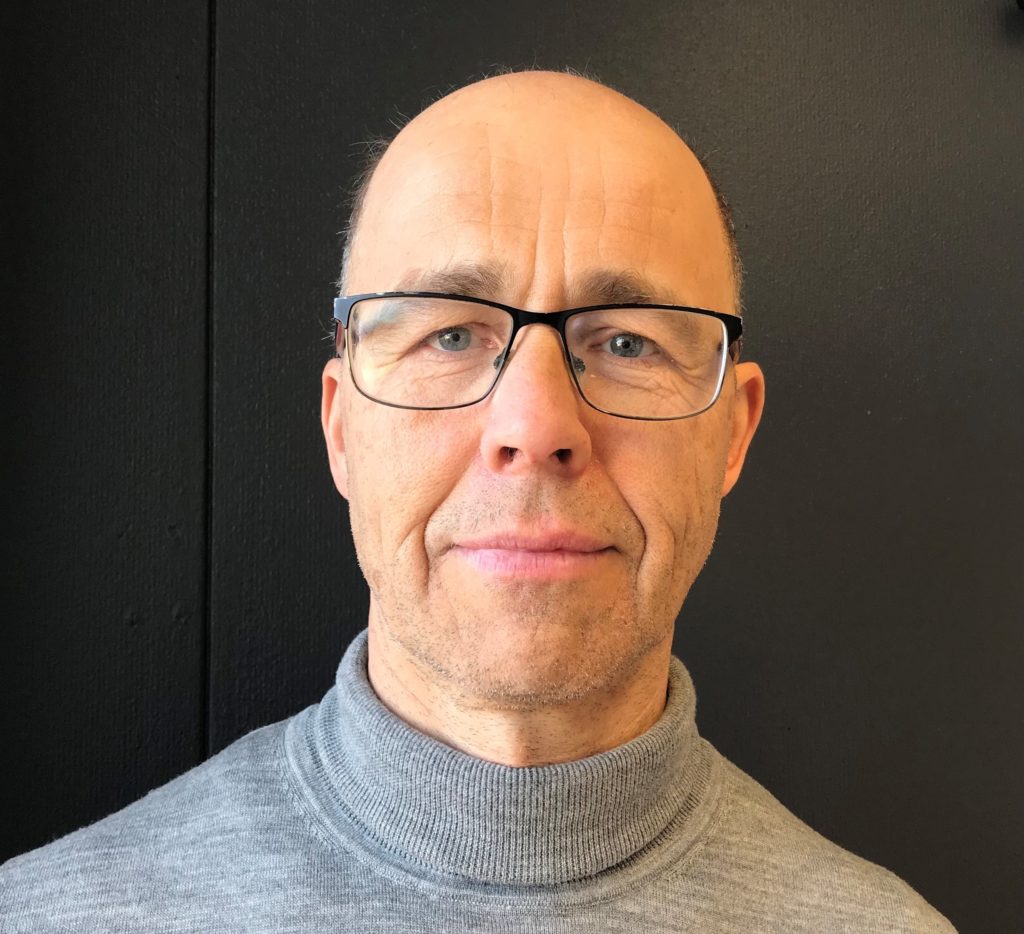 Who is Henrik Carlsen, father of chess genius Magnus Carlsen?

When you are the father, manager and spokesperson of a world grandmaster and reigning five-time chess champion, everybody wants you to talk about only one thing: your son. Henrik Carlsen has given dozens of interviews about what Magnus was like as a small kid, his upbringing, what made him tick. However, the main source of inspiration for a boy is more often than not his father. So what about Henrik himself – who on earth is this very eloquent man? We just had to find out.

The sun breaks through a thin layer of cloud as Henrik Carlsen enters Samtext. He takes his coffee with milk, and says he turned 60 yesterday. That pinpoints the date of the meeting, if you’re curious.

Samtext has invited him in to discuss words, because he always comes across as rather eloquent – elegant, even – in his use of both Norwegian and English whenever he comments on his son’s chess moves, and that made us wonder: what is his background, and what role do words and literature play in his life?

“I grew up with two siblings who read just about anything, while I, the middle child, liked numbers. I remember once when I was nine years old, my younger sister, aged seven, ran to our parents laughing and said: ‘Henrik doesn’t know the meaning of the word “infantile”!’”

And so the bar was set.

Henrik’s father, whom he describes as a true intellectual, read the Kings’ sagas to them when they were kids, to Henrik’s great interest. He also tried entertaining his offspring with political literature, but the children did not take to that so well.

So we were correct in thinking Henrik comes from a well-read background. We’re not convinced he completely rejected words. 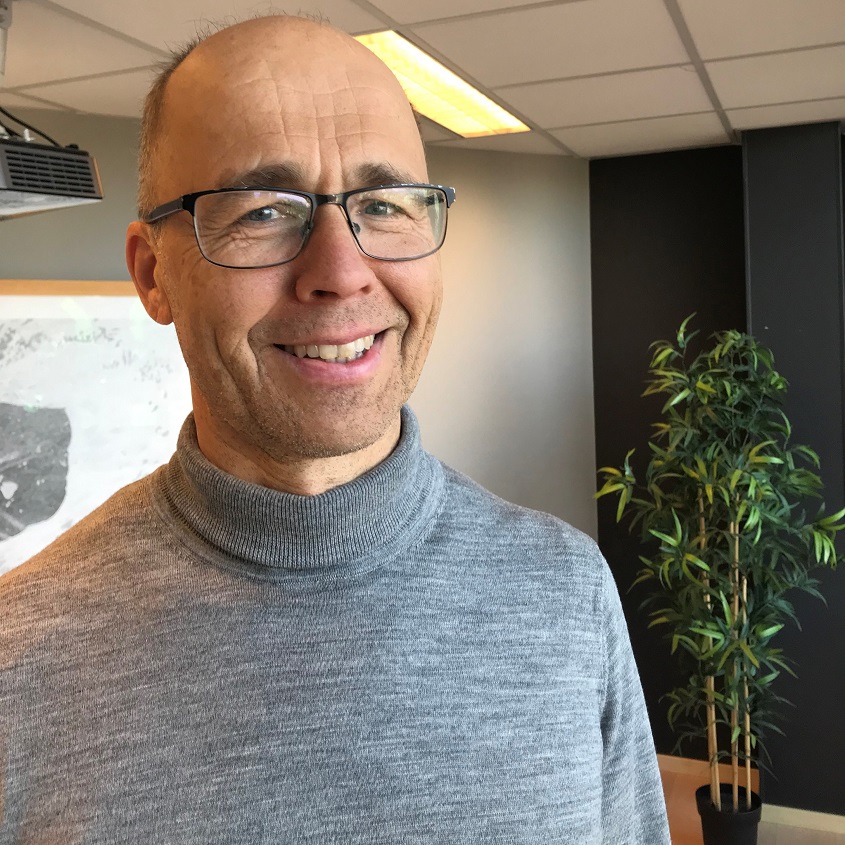 “Ha-ha-ha, Henrik doesn’t know the meaning of the word infantile!”

He soon starts talking about books that made a difference in his youth. The first he mentions is Zen and the Art of Motorcycle Maintenance by Robert M. Pirsig, in which the protagonist offers to fix his friend’s BMW motorbike using part of an old beer can. The part will not be visible, and the bike would be fixed, but the friend won’t hear of repairing his expensive machine with such cheap materials. And so the book becomes an inquiry into whether quality is an inner or outer experience.

Henrik Carlsen’s eyes sparkle and shine as he talks. He says he was scared of reading the classics growing up, because he feared he wouldn’t be able to grasp the meaning behind the words, the message from the author. Later in life, he accepted reading for the joy of it. Then he could figure out the true meaning in hindsight, through reading about the book as well as the author, after having finished the story.

We’re beginning to understand the level Henrik’s at regarding words.

“Albert Camus’ The Rebel made an impression on me. It’s a journey of formation, if you read it slowly. Camus is brilliant in this book.”

While Henrik’s at it, he also mentions Camus’ The Stranger and The Plague. Thinking about the latter, what’s mostly occupied Henrik is the doctor’s thoughts: “Can one become a saint without God?” Henrik has pondered this question most of his life. Are there moral rules, if not granted from above? He mentions Nelson Mandela as a man who through mere goodness became almost divine.

“Then you have Dostoevsky’s The Idiot, in which Prince Myshkin always thinks well of people. In our world, that’s a trait that is often regarded as naïve, but I think it’s a beautiful quality, almost divine.”

As for us, we think well of Henrik. Whether that makes us idiots, or people with beautiful qualities, only God knows. But we do think well of him, because he saw his son when he was little. He observed Magnus with great curiosity, as he sat for hours doing puzzles, building Lego or reading books on flags. Henrik was the one who wondered: might his son be good at chess? We fear that a chess genius like Magnus might have gone unnoticed in other families.

“Well … he might have solved the problems of the world instead,” says Henrik with a smile.

He’s very humble. After all, isn’t chess a way to solve the problems of the world? At least it brings the world together through friendly and peaceful warfare – for a change.

Yes, Henrik spends most of his time talking about his world-famous son. This becomes clear when we talk chess. We know that Henrik himself is a strong player (with a rating of 2063). But when we ask him questions related to chess, he answers on behalf of his son. When we point this out to him, his answer is understandable:

“It’s difficult for me to have a personal relationship with chess, when Magnus is my son.”

“I was happy when I thought about numbers.”

We know that Henrik was keen for Magnus to return to hobbies that made him happy as a boy when his spirits were low. But what made Henrik happy as a boy?

Again, it dawns on us how rarely Henrik thinks about himself. It’s Magnus’s upbringing that people always want to hear about. Not his own.

“I was happy when I thought about numbers.”

We tell him that this is a sign of a great intellect, and how word people like us always feel stupid in the presence of number people. Mathematics is the language of truth. Henrik shakes his head, and says it’s the other way round: number people are inferior to word people.

“Ah, but you word people have magical powers. Only with words can you make two plus two equal five.” 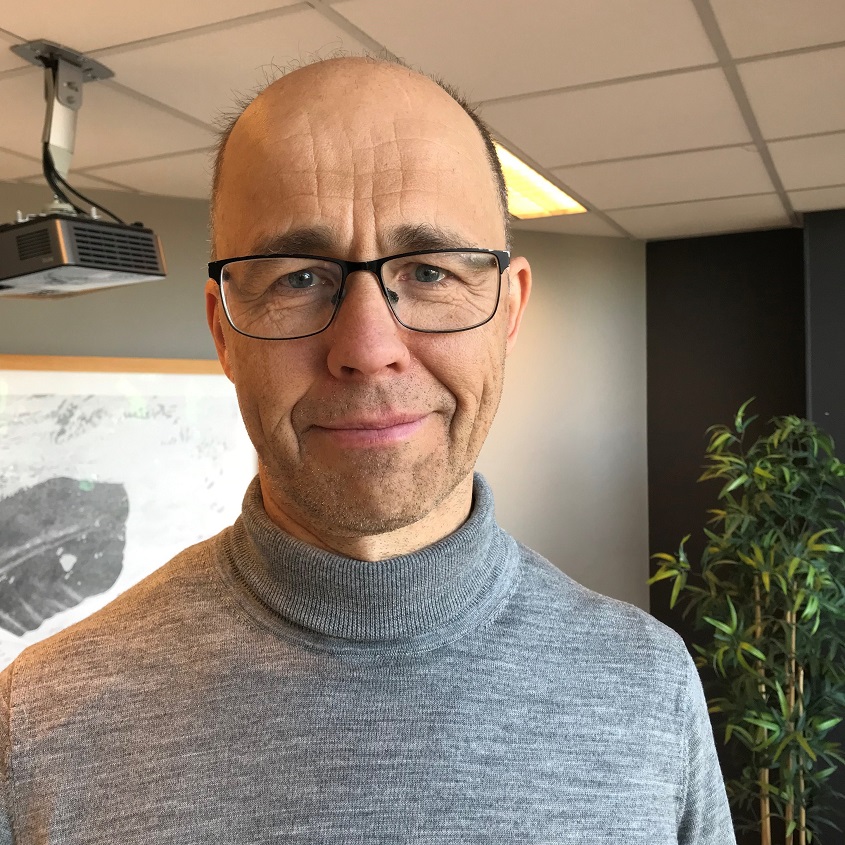 “Ah, but you word people have magical powers.”

And so Henrik recalls experiences he’s had where words turned magical.

He once read scenes from a plane in a Wilbur Smith novel, while he was listening to Alphaville. This elevated the experience.

“Combining music that fits the literature you read stimulates the brain.”

He recounts a similar experience. Once, after climbing Store Skagastølstind (the third-highest peak in Norway), he was sitting by a river, reading about the young Buddha, and he noticed how the river suddenly became symbolic of life.

Knut Hamsun’s Growth of the Soil inspired Henrik to live in a primitive way. Closeness to the soil and nature was his aim. He led an ascetic way of life, in search of spiritual awareness.

“Now, however, I enjoy earthly goods,” smiles Henrik, and asks whether he can have a biscuit from the bowl placed in front of him. Again, he’s being charmingly humble – they’re there for him, after all. He grants himself just the one.

He tried reading Marcel Proust in the original French once, but eventually gave up because it meant looking up too many words. He still managed to discover what he refers to as brilliantly composed sentences.

Then he mentions Escher, Gödel, Bach: An Eternal Golden Braid by Douglas Hofstadter, another book that truly meant something to him. Superficially, it concerns the three men – a logician, an artist and a composer – of the title, but in fact it is a profound exploration of the fundamental notion of “meaning” itself.

“The knight is an interesting piece on the chessboard.”

When Henrik Carlsen talks, there is a lot said between the lines: structures, statistics, pattern recognition, systems. For a moment, we wonder whether we have the smarts to understand what is really going on here. Are we just getting the outline of his words, while his true meaning is lost on us? It is, in other words, time to bring the conversation to an end.

Back to the chessboard, where our beloved letters and numbers identify each square, and we ask if any of the chess pieces has a story to tell. Does Henrik have a favourite?

“Well, it’s nice that a woman is the most powerful piece on the board. Men my age are often accused of being male chauvinists. But I think the knight is an interesting piece. It’s the only one that moves in an asymmetric manner. If it’s in the middle of the board, a perfect circle of options lights up around it.”

Lastly, we ask where in Norway Henrik is from.

“We moved around a lot, due to my father’s work, but I was born in Bergen, then we moved to the US shortly after. Then Høvik, Karmøy and Asker. On my first visit to Iceland it felt like coming home. From a distance, Icelandic sounds like the Sognemål dialect of Western Norway.”

Samtext thanks Henrik for his guidance through our own journey of formation and chess. We watch as he makes his way out of the office. As word people, we are star-struck. Mr Carlsen has left the building. 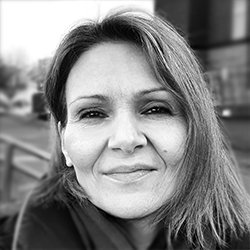